I am deep into the biblical text for tomorrow’s sermon. It’s Luke’s third of four resurrection stories.  (Luke 24:36-48).  In this one, Jesus joins a group of fearful disciples, and they are scared witless!  They saw him die, and they saw him buried, and  yet here he is!  He speaks to their fear of the impossible by saying ” See Me. Touch Me. I am real.”

Those words, yet again, took on new flesh, as my hand reached out in greeting to Najah, Sa’ed and their eldest son Alhareth.   No longer names in my prayer journal, no longer photographic images on our church announcement screen.  I see, I am blessed to touch in  greeting, and they are real.  And so are we, to them.

Another Easter Day, another dawning of hope, another small victory for justice,  another triumph of fidelity and love. Let’s shape the world this way, yes?

“What will you do to notice New Life, what will you do to choose to do to witness to God’s Dream for new life?”   A few days ago I posted on Facebook a short piece about the gift of time.  I had another gift of time on Wednesday afternoon to go down to Larpenteur Avenue, not far from the Luther Seminary Campus, and to put my own feet on the ground where in July 2016, a teacher’s aide was shot and killed by a police officer during a traffic stop for a side-light violation.  Philando Castile. I don’t even begin to understand the deep racial divide that afflicts the United States, but thanks to one of my doctoral colleagues,  Laurie Pound Feille, whose thesis was about race, privilege and the long work of confession and reconciliation,   I have become more aware of the pervasive, blinding effect of “white privilege”  that I have without knowing it.  I am white= I have the privilege of thinking this story has nothing to do with me, that the grief  of his girlfriend has nothing to do with me, that as a white Canadian, shootings in the US have nothing to do with me.

Except that it’s time  I realized that it has everything to do with me.  So I took some time, and I took my body and I stood there, uncomfortable,  gripped with a feeling  somewhere between guilt, shame, sadness, and anger that this narrative is still being played out, both sides of the border, every day of the week.  I left with no peace in my soul at all.  And that is good. It was a momentary dismantling of my privilege, which needs to be followed by many more if I am to be part of the healing,  rather than the hurting. The New Life  this simple  column of wood speaks to, is not easy at all., but it is a New Life to which God is calling me/ us. 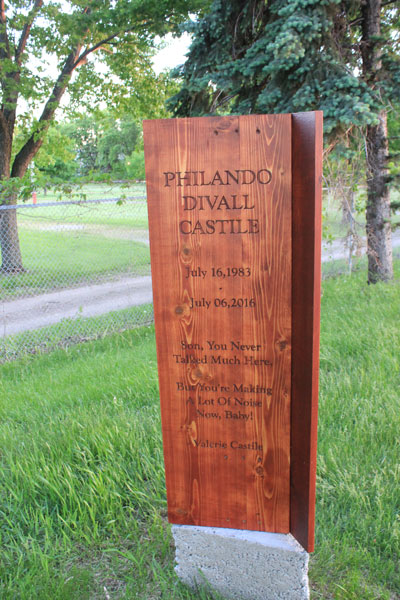 Well, I guess there’s a predictability to this post:  how did I witness resurrection today! How did I choose to witness to new life?  I got to witness to the life of God alive in the life of Cedar Park United as I shared (the official word is “defend”) my thesis, through a presentation to those assembled to adjudicate.  I got to speak about your willingness to risk, and dare, and your willingness to let me do likewise, to open up the Bible, not as a dusty ancient book, but as a library of 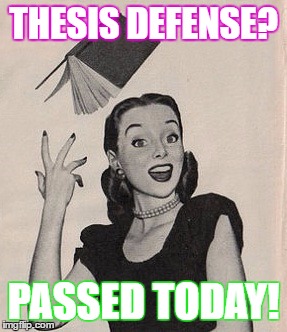 witnesses speaking through the centuries to us of the loving faithfulness of God,  the Dream of God, and the call of God to us to be life-affirming, justice-seeking people willing to walk together the Way of Jesus.  I got to talk of how far we have come on this journey together. I got to talk about how amazing it has been to share Scripture through “midrash”, turning and turning these ancient texts, until they become real, and shape our own lives.  I got to do all this, and it was a 2 hour experience of intensity, thoughtfulness, but above all, of the “power of God working in us (all) more than we can ask or imagine!”

It certainly helps me to add the hallelujah at the end of this short post:  I passed “unconditionally.”  Am I relieved? Of course! But more than relieved, I am so grateful that I “did you proud,” Cedar Park .   Thank you!

Are you a glass half-empty or half-full type person?  I ought not to be counted among the world’s optimists, at least by natural inclination – I resonate more with Eeyore than Piglet!  I have come to realize over the years, that there’s at least some wiggle room in life to choose my response to the circumstances I find myself in. And sometimes I have to choose to be hopeful, or choose to be grateful, or choose not to let anger take over.  A tiny thing in the grand scheme of things, but for 266 households in Beaconsfield yesterday afternoon and evening, the power went out. I had things to do on my computer, my cell phone was low on battery life, and I could feel the ire rising…and then I remembered this Resurrection Project.  “What will I choose, in this situation that brings life?” Goshdarn it, I preached it, I’d better practise what I preach!

So I chose to phone a colleague to plan a life-giving event with the remaining battery power,  and accepted an invitation to supper. I chose to stop en route to be amazed at the ice sculptures along the lakeshore, and had a delightful conversation  and relished the baked fish, and joined friends at the pub afterwards. That’s Resurrection living, and it was more than I could have asked or imagined….

David Whyte is one of my favourite contemporary poets. He hails from the same part of the world as me; old trees, gritstone walls, and the hidden light in dark shadows speak to his soul, and he manages to speak from his soul to ours.    I hope you enjoy!

The blessing of the morning light to you,
may it find you even in your invisible
appearances, may you be seen to have risen
from some other place you know and have known
in the darkness and that that carries all you need.
May you see what is hidden in you
as a place of hospitality and shadowed shelter,
may that hidden darkness be your gift to give,
may you hold that shadow to the light
and the silence of that shelter to the word of the light,
may you join all of your previous disappearances
with this new appearance, this new morning,
this being seen again, new and newly alive.

EASTER BLESSING
from the upcoming book

“When you start living resurrection, it changes the way we see the world, it changes us.
At first you feel like an utter fool for the risen Christ.
Our first attempts to see life, and hope,
and healing and generosity,
where the world sees only death and despair,
and pinched fearfulness,
can feel foolish,
we’re clunky and diffident at it…… but……”

Every day from now til Pentecost I’ll be posting to this spot, my observances, noticings, and choices to live Resurrection here and now.  I’d love it if you were to send me your own stories to include here.  Let’s do this!