Palm…. or Passion Sunday…. or both?

A version of this blog post appeared during Holy Week, 2010. I hope you’ll find it useful as we use our worship Service this coming Sunday (April 1) to “Walk through Holy Week.” 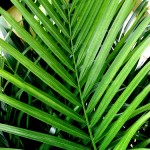 When I was a child, “Palm Sunday” was one of my favourite Sundays… children joined in the choir procession, we got to wave palm fronds (a decidedly romantic-exotic item in our Northern English parish), sing “Hosanna” at the top of our lungs.  It was the one Sunday  of the year where we kids were allowed to be heard as well as seen!  I think the sense of forboding of Jesus’ entry into Jerusalem on the colt of a donkey, just a week before his execution, was lost on most of us under the age of 12. We truly were part of a jubilant crowd having no thought or concern for what would follow in the days ahead.

But, Palm Sunday in my childhood parish was also the beginning of a weeklong marathon of Church services:

The drama of Palm Sunday and Holy Week was powerful, visceral, evocative, dramatic, ‘liminal’ (hovering on the edges of holy and ordinary), and it had a profound impact on my faith, not only as a child, but I suspect also as an adult.  Although my understanding of God’s role in the ‘passion of Jesus’ has undergone transformation, it is still a story central to who we are as followers of “the Way” of Jesus Christ.  I am grateful to have grown up in an era  and in a tradition that ‘walked’ so graphically through Holy Week.

Perhaps all this liturgical drama was unnecessarily sombre?   I’ve wondered, but I don’t think so.  Life isn’t easy, while it has its measure of joy, delight, growth and wholeness,  it is as full of chaos, malevolence, injustice, hurt and hatred, suffering, grief, loss, despair.  This Gospel  narrative of Jesus’ last week, is the story of the hard side of human living. Perhaps this is the hardest part of the Gospel, one that on our best days we wish wasn’t there at  all, but it’s Gospel – “Good News” –  for the worst days.

At Christmas we celebrated the birth of Jesus as this miracle of God-with-us.   This week’s narrative tells us  that God-With-Us  will walk to the gates of Hell with us, will suffer injustice with us, will hurt physically, emotionally, spiritually, mentally with us. God-With-Us. No Matter What.  It’s worth walking with God-With-Us, right through the palm-waving throng  best days, right through the last meal and betrayal  worst days, the dying days, the empty silent Saturdays, because when we do, we will, we most assuredly will, find ourselves on the threshhold of Easter…… but that’s next weeek!

Please can we have our Gospel back?

Well, it’s been quite the busy season at CPU!  So much for posting weekly reflections on the lectionary readings for Lent.  I do apologise to those of you who enjoy BeyondWoodand Stone  with a morning coffee. I hope you’re finding the Words for Faithful Living pages interesting as you ‘join in ‘ with the Wednesday evening Lenten Series via the web.

Last Sunday (March 18th) I preached on the John 3:14-21 text,  (the sermon: “Please can we have our Gospel back?”  is on the CPU website) and promised an explanation on this blog of some of the translation and textual issues.  Keep reading this post and you’ll find them here. But first a preamble.

Why the sermon title? “Please can we have our Gospel back?” is, in case you were wondering, polemic.  Even though I’m new to the role of congregational minister at Cedar Park, we’ve known each other long enough for me to be blunt once in a while (okay, a lot of the time!).   I am to be counted among those people who find much of what passes for Christianity in North America to be narcissistic, narrow minded, prosperity-oriented, bigoted, fear-driven.  So much so that I can sympathize with many of you who get a little nervous about the word “Christian.”   Quite a few years ago now, I decided that my model for being a ‘progressive’ Christian in North America would be the little child who stuck a finger in the dyke to stop the waters flooding the fields.   I am determined not to cede our land to a form of Christianity that threatens to overpower our culture with its narrow-mindedness.  This means that for me I will continue to use the moniker “Christian” even if it means I have to follow it immediately with a series of adjectives to distance myself from restrictive, exclusive religiosity.

So, when the lectionary gifts us with “John 3:16” I know I have a task on my hands:  is it possible to rescue this incredible Message of limitless, self-giving Love, from those who use it as a fence, and a battering ram.  I WANT the Gospel of this passage back!!  I want to be able to give it back to those who gather at CPU on Sundays, and those who ‘watch us via the web’, who join us, hoping that God has Good News for us.

Let me first give you the verse in question, in the KJV, since this is the one most of us learned by heart:

“God so loved the world, that he gave his only begotten son, that whosoever believeth in him, should not perish but have everlasting life.”

Now to promised word studies which I didn’t do in the sermon.  John3:16 has a few words that have not one possible meaning, but many.  1.The first on the list is “so” (KJV and NRSV translate the Greek ΟυΤω (outo) as “so”.  The trouble is, “so” has itself changed meaning in the 400 years since the KJV was printed.  Back in 1611 ‘so’ normally meant “in this way”, rather than the meaning it often has now, as an emphatic of degree, as in  “She loves her daughter ‘soooooo’ much….”.   For us to get a true sense of the opening phrase now, we need to translate outo   as “God loved the world in this way”.   This sets us up to read the next as a description of ‘the way God loves the world.”

2.”the world” sounds easy enough, until we realize that in John’s Gospel “the world” is code.  For the community of John, living in a time of great turmoil and persecution, from both Rome and from the Jews,  “the world” was code for all that was hostile to the newborn community of Jesus’ followers.  Perhaps to put it in terms we can grasp, it’s as if John writes “God loved all who are hostile, who are enemies, who haven’t a clue about Jesus, who are scared by his message, who’ve never heard his message, all who follow the rules of Empire……..”  –  Well, doesn’t that put a spanner in the works! God’s love is shown ‘in this way’ to all who DON’T get it!!  This isn’t the way God shows love to ‘insiders’, but to ‘outsiders’.

3.”gave” is right.  The Greek verb is not “to send”,  but rather the verb “to give” as one would give a birthday gift to a loved one. It’s a verb of love, intimacy and grace.   This is important when you see that in some parts of the Christian tradition, there is a sense that God “sent” Jesus to die on a cross because that ‘nasty world’ needed him to atone for all their nastiness.  Try imagining what it feels like to see this little verb ‘gave’ as a new parent holding out a newborn baby to you so that you too can hold that baby close to your heart.

4.”his only begotten son” is also right on.  The Greek takes two phrases, “the son, the only begotten”.  Again, imagine the intimacy of this statement.  A loved, only child.  We are not being set up for a contractual transaction, but for a beautiful love-scene.

5. “believe”.  A tricky little word because it can mean so much to so many.  There’s a long-standing tradition that “believe” is static. You’re presented with a series of propositions (many of them incredible!), and you are then asked to choose “do you believe this lot, or not?” The Greek noun/verb pistis/pisteuein is used a lot by Paul, and very rarely by John, so we have to be careful not to assume John means the same as Paul.  In John, the verb isusually one of “choosing to trust”  – so perhaps it means here “anyone who chooses to trust God”, which is ever so slightly more expansive in possibility than someone agreeing to a set of propositions.

6. “everlasting life”  or “eternal life”.  After two thousand years of Christians spending a lot of time on ‘the afterlife’, ‘heaven’ (or hell), ‘salvation’ or ‘damnation’, we would be forgiven for thinking that this term refers to what happens to the ‘believer’ after she dies.  It doesn’t.  In John 10:10, Jesus speaks of his coming so that ‘everyone may have life and have it abundantly’  – fullness of life is how we often refer to this.  The meaning in 3:16 is similar,  a life that is full.  This life, that is full, complete, or as I described it in the sermon: as if one instant is filled with eternity.   You may recall what it felt like in the first flush of true love, to spend what you thought was 3 seconds holding hands on the porch, only to discover that 3 hours have flown by in one another’s company.  Conversely, that a life-time of  loving can be so completely summed up when your beloved looks at you on your 86th birthday and says “I love you.”  There’s little doubt that for John,  ‘eternal life’ meant NOW as well as in the future, after death. BOTH/AND.

I’ll leave it to the sermon for you to see how, for me, this one verse is not a message about judgment, and ‘who’s in’ in a limited schema of salvation. But rather it is “GOSPEL” – Good News of the self-giving love of God for ‘the world’ -all of it.  The choice to trust is the only limitation placed in or on this verse.  God’s self-giving love is for all time, for all things, completely.  When we let go of limitation, and trust that God’s love is for all time, for all things, completely, we get one of those timeless instants of recognition that eternity, and love are now and for always.

It just takes some serious unpacking of baggage to see this beautiful treasure box, wrapped in the tissue of faith, ready for us to open.