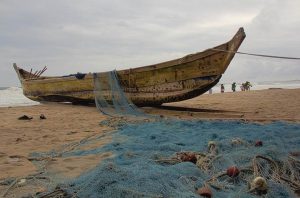 When we tell this story with children,
and when we sing their songs, it’s such fun!
There’s a hopefulness to it,
the thought that the simplest among us –
children, people going about their
ordinary workaday worlds
like James and John and Peter and Andrew,
are the ones Jesus invites to
“Change hearts and lives” and to “Follow” him
into living the Dream of God in the here and now of our lives.
If you’re 3 or 6 or 7, it’s an invitation to adventure.

In this series where we are exploring these Scripture texts
as God’s Great Invitation to us
to participate in kingdom imagination, in holy Dreaming,
it’s very tempting to stay innocently childish
in relation to this story,
but I wonder, frankly, how lasting and convincing
Jesus’ invitation to “ Follow” will be
when we get back into the
thick of our Monday – to – Saturday lives?

And I wonder, somewhat cynically,
how compelling Jesus’ promise is to us,
that he will make us fishers of people….
that he’s recruiting us for evangelism….
that we’re going to head out there in twos,
tracts in hand, and convince our co-workers,
our grown sons and daughters,
our grandchildren, that they’d better join us
in the good ship “Church”….
We’re too jaded by false promises to buy that one,
and too mistrusting of simplistic religiosity
to trust that this invitation is in any way easy.

So, what to do?
How to take this text at its word…
how to take Jesus at his word…
Well, one way is slowly, and armed with
a sharp, inquisitive curiosity,
minding the gaps in the texts,
or its oddities.

One such oddity that I only noticed once I slowed
down enough to notice it, is that geographical reference
that I had you all notice at the beginning of the story,
the one that never makes it to the songs
about fishing for men or many.

Naphtali, Zebulun?
I was stumped by these two tribal place names,
because you wouldn’t have found a signpost to either
when Jesus was alive.

Naphtali and Zebulun had been wiped off the map
800 years earlier by the Assyrians
when they crushed the northern kingdom of Israel.
In the intervening centuries the region became home
to a hodge-podge of migrants, refugees,
people displaced by the movements
of rising and falling empires,
so that by Jesus’ day,
it wasn’t Jewish de souche,
it was known as Galilee of the Gentiles,
Galilee of the nations…..
the world in miniature.

But they were not forgotten names.
Penned by Isaiah into the Judean spiritual imagination,
they were iconic remembrances
of a world changed, gone, erased, held in darkness, awaiting God’s promise of light to those living there.

So when Matthew tells us that Jesus moves into this neighbourhood of Zebulun and Naphtali,
I think he’s signalling that Jesus
is choosing to begin his ministry
precisely in those places haunted
by memories of loss, darkness.
God’s incarnate One makes his dwelling
among the people living in darkness.

While this is sobering,
it makes what happens next in the story
more believable, more plausible.

If you’re living in darkness,
and someone offers you light,
what would you do?

So when Jesus,
resident among the memoried ruins
of Zebulun and Naphtali,
starts to pass out personal invitations to Andrew, Simon, James, John,
and to all who dwell in dark places,
to come and see the light, follow the light, be the light,
should we be so surprised that they choose to accept?
To abandon nets,
the grind of their shadowed existence,
to follow Jesus?
If they’ve been waiting, as a community,
for 800 years for God’s light to shine in their darkness,
would we fault them for their immediate response….?
Maybe not, but I’m not totally convinced,
but perhaps that’s because I , we, have a disconnect.

I can’t speak for you, but for me,
I don’t have much first-hand experience of living
in that sort of darkness or desperation
that would lead me to change my life on the basis
of this invitation of Jesus.
While an immigrant here, I chose, I was not forced to flee.
I don’t know what it means to seek refuge from danger.
Despite the darkening shadows of these recent eruptions
of racism, homophobia, segregationism
close to home and around the globe,
I – we, or most of us are still privileged
to be barely touched by it all.

If Jesus came into my home,
I could choose to ignore his invitation.
I might consider I have too much to lose by accepting such a daunting invitation.
I might decide to stay by my nets,
keep working the family business,
keep my political head down,
to shelter behind my white, educated, privilege.

But blessed Jesus,
that great invitation of his,
to change my heart and my life,
and follow and to become a fisher of folk,
goshdarn, but it has my name, on it.
It has all our names on it.

For those in darkness,
Jesus’ invitation is to come into the light.
“See! The kingdom, the Dream, is close at hand” he says.

For those of us who already live in the light,
the invitation is to follow him,
and to live God’s Dream, alongside him.
That is daunting.
“Jesus went through the Galilee,
teaching in their gatherings,
telling them the Good News of God’s Dream,
and healing – the word is not ‘cure’ as in fixing, but rather, zozo, as in ‘caring’ attending to, being present alongside those with all sorts of disease, and sickness.”

And we are invited to follow.
To do likewise.

We get to go into our Galilees,
the melting pot of the nations,
the day to day of our individual and collective lives,
be they shadowed or innocent,
easy or difficult.
We are invited, we get to share the Dream of God,
the light of God,
the love and mercy of God,
the welcome of God, the forgiveness of God,
with all who are living under the blight
of careless, uncaring empires, systems,
whoever is living in Naphtali or Zebulun.
And that means stepping out of comfort zones
in peaceful solidarity with humanity on a Saturday morning,
or singing for hope of a Sunday afternoon,
or knitting scarves for cold strangers,
or cooking meals for shut ins,
lobbying governments on behalf of the widow,
the sick, the refugee,
and those in prison so be it!

We may be at a moment when our privilege is no longer to be taken for granted,
the shadows of Zebulun and Naphtali have become familiar,
even to us.
Thanks be to God
that Jesus dwells here too,
inviting us to be the light.

That is one daunting invitation!

(And yes, this is “to be continued”! Come back next week for more on this daunting invitation.