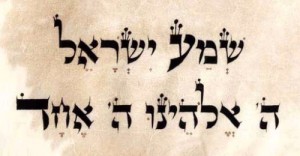 This Sunday’s Lectionary reading from the Gospel continues the narrative crescendo of Matthew’s account of Jesus’ final week. You can read it at this link, or use your own Bible to look up Matthew 22:34-41.http://www.biblegateway.com/passage/?search=Matthew%2022:34-40&version=MSG

He is in Jerusalem, and while wildly popular with ordinary folk from the villages, he has become a political and religious hot potato.  We need to remember the context of a tense truce in Judea.  The Roman occupiers allowed the Jews to hang on to their monotheistic religion – their worship of YHWH, rather than submit to the polytheistic religious machinery of Rome, but the price was high.  Anything that threatened that truce was treated as a threat to be quoshed.  Jesus’ Good News of the kingdom of God was treading very close to the line, if not overstepping it, and so not only Romans, but Jews who wanted to keep the peace were – to say the least – on edge.

This is why Jesus was hounded on all sides while in Jerusalem; he had come right into the epicentre of the complex accommodationist relationship with words and actions proclaiming God’s kingdom – a religious and political double whammy.  No wonder he was checked out from every angle: would he upset the fragile status quo, or not? The previous weeks’ passages see him fielding questions from all sides, but this week’s reading saves the best for last.  The Pharisees – the most devout, intelligent keepers of Torah within the Jewish religious landscape, sent one of their best –  a scholar of repute, to test Jesus: was he a righteous Jew or not? Did he know his Torah or didn’t he?  Was he leaving his religion behind?  Their question is both simple and significant, and gets to the heart of the matter: “Which is the greatest commandment? ”

A child of only a few years of age could have answered this question correctly.  Following the injunctions of the Torah, as laid down in Deuteronomy, every Jewish family made a point of teaching their children at a young age the central affirmation or prayer: the Shema (see above).

Mary would have taught Jesus this at her knee almost as soon as he could speak his own name. He would have prayed it at least once every day of his life. (He may have followed the practice of covering his eyes with his right hand as he said it, too).

Why would it take an eminent scholar to ‘test’ Jesus with such a simple question? What would have happened if he had not known, or chosen not to respond, with the right answer? Often the hardest dilemmas are best met with the simplest of questions.  This is the case here. Was Jesus a Jew? Was he something else?

For many Christians, to say Jesus was a Jew sounds ‘wrong’. But it is of crucial importance not only to Matthew’s (predominantly Jewish) community, but to the followers of Jesus ever since.  The God whose kingdom, whose dream is ‘at hand’, or “close by” or “among us”, is the God of Abraham, Isaac, Jacob, Moses, David, Sarah, Rebekah, Miriam.  The God whom Jesus addressed with the most intimacy possible, was the God of Isaiah, Jeremiah, of Nahum and Habbakuk.  The Covenant God, the Creator God, the Rescuer and Redeemer God, the One, true, only God.

To dismiss the Jewishness of Jesus’ response is to cut ourselves (as Christians) off at the knees, and our understanding of God will be radically diminished.  Jesus’ “Jewish” response is vital to who we are as his followers, for we too become inheritors of the faith tradition that formed him, his stories of faith become ours, and we find ourselves anchored into a three millennia testimony to the faithful connectedness of God in the lives of God’s beloved human creatures.  No longer are we exposed and vulnerable to our own little stories, but we find ourselves, like Jesus, rooted in a deep, deep tradition of God’s faithful love.  And with that it’s easier to face down the bombardments of questions and fears in our own lives.

May it be so (Another way of saying “AMEN!”)

The prayerful power of presence…..